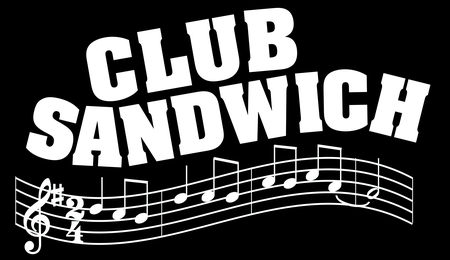 Doug Hazard, known as The Dangerous Folksinger, began writing songs in high school, and sold a few of them to publishers in New York and filmmakers.

In the years since (quite a few of them!) he's continued to write songs and develop his skill at performing them. He's recorded four albums of original songs, plus several albums performing with different groups, which also include his originals. Some of his songs have wound their way into people's lives, and they've been played at anniversaries, weddings, and memorial services.

In addition to his own wide repertoire, Doug is sought after as an accompanist on guitar and mandolin, and plays currently in two groups: The Sandwich Rangers and The Starlight Honeys.

Whether he's still dangerous is debatable, but he's definitely a Hazard!

NOTE - Club Sandwich Covid Policy, September 2021: We have made the decision to require proof of vaccination or a negative Covid test for the rest of our 2021 season in light of rising infection rates nationally and locally and in line with other venues and health advice. Masks will be optional but available at the door if you'd like one. If you have any questions about this policy, please contact [email protected]